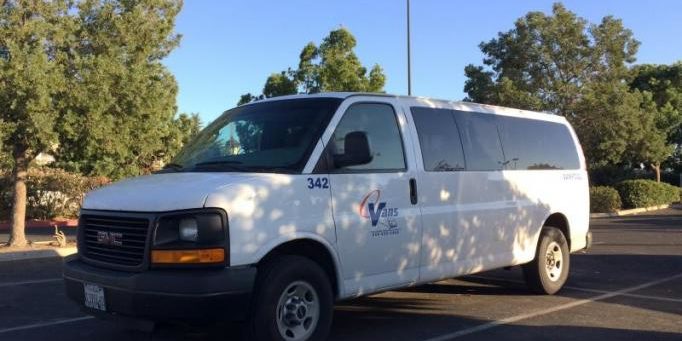 Imagine going into work thinking you’ll be working the usual eight hours, only to learn unexpectedly you’ll be pulling a double shift. Those eight hours soon turn into sixteen long hours and that still doesn’t include the hour commute home. One hour might not seem like a lot, but if you’re tired, sleepy and hungry the last thing you want to do is drive.

This story is a reality for Gilbert Valle; CalVans vanpool 342. Valle clocked out that day knowing very well that his vanpool would be gone by the time he reached the parking lot. But he wasn’t a bit worried. A few years back, when he was in a carpool, he would’ve looked through his phone to find someone to get him home; someone who would be willing to go two hours out of their way.

Today, and just like any other day since Valle has been part of a CalVans vanpool, he knows he can count on CalVans on-call staff to pick him up.

“CalVans is an awesome program!” he exclaims. “Today I was left behind and CalVans comes, picks me up and takes me home. I don’t have to call my wife; she’d have to drive almost an hour to pick me up.”

Valle has been commuting from Selma to Corcoran for more than 18 years; it wasn’t until four years ago when he was introduced to CalVans, that he joined a vanpool. He explained that before CalVans he would drive his own car, as gas prices went up he looked for different ways to save money. It was then that he and three of his co-workers started a carpool. Every week they would rotate vehicles in order to save money. Since he’s been part of a vanpool, Valle has saved $500 a month on gas, not to mention vehicle maintenance.

The vanpool that Valle belongs to is a 24-hour vanpool. This means that his vanpool has three shifts; a morning shift, afternoon shift and night shift. His van commutes an average of 240 miles a day in a seven day work week. It runs about 1,680 miles per week!

Being part of a vanpool has many advantages; it’s comfortable, and one gets to relax after a long day’s work. The savings are great, with discounts and subsidies offered to each vanpool and individual riders.

Imagine a $500 per month savings for you! The money saved can be used for vacation, a new house, or even start a new business. Give us a call to find out more at 866-655-5444 or check out our cost calculator at http://www.calvans.org/why-us/cost-calculators/monthly-van-cost to see your savings.